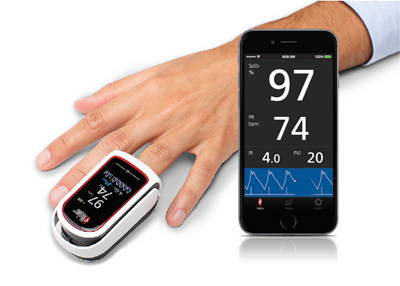 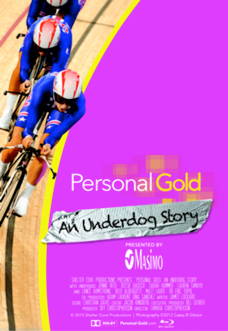 Select attendees of the “Personal Gold” screening at the QS15 Quantified Self Conference + Expo this weekend will receive an iSpO2 to track their blood oxygenation and pulse rate during the film. The Personal Gold team will overlay, graph and post the measurements on a timeline showing physiological reactions to the movie.

The film features the consumer version of Masimo’s iSpO2 pulse oximeter. Masimo has since introduced the MightySat fingertip pulse oximeter with optional Bluetooth capability, enabling consumers to track and trend oxygenation and pulse rate measurements on their iOS or select Android mobile devices.

Heralded as “Miracle on Ice-meets-Moneyball” by Wall Street Journalreporter Reed Albergotti, “Personal Gold” gives a behind-the-scenes experience of four underdog women cyclists who become America’s hope for a medal at the 2012 London Olympics after the men’s team was banned during the Lance Armstrong drug scandal. The underfunded women relied on pulse oximetry and other technologies as part of an innovative “Data not Doping” training regimen to win the first U.S. Women’s Track Cycling medal in more than 20 years.

“We believe this is the first time a pulse oximeter has been used to help ‘review’ a movie,” said Joe Kiani, Founder and CEO of Masimo. “Masimo is dedicated to taking noninvasive monitoring to new sites and applications. The Quantified Self Expo offers an ideal setting to noninvasively measure physiological changes of viewers as they watch this inspiring film.”

“‘Personal Gold’ is more than a must-see Olympic story – it’s a film that expertly explores the intersection of sports, science and ingenuity,” said Gary Wolf, contributing editor at Wired and host of this weekend’s screening. “Without access to the tools of self-measurement, such as the noninvasive pulse oximetry device we’ll be using at the screening this weekend, these heroic athletes would not have had a chance to make history. For these women, Quantified Self techniques meant the difference between standing on the side lines and standing atop a podium.”